Van ‘did you knows?’

The Department for Transport (DfT) estimates that van use has increased massively over the last 25 years and continues to grow year on year. More than 4.1 million vans are currently registered on our roads and with 55.5 billion vehicle miles driven by vans in 2019 alone, we will only see more ‘white van’ men and women driving up and down our streets each day as time goes on.

So why has the van become more popular? And why are there more on our roads than ever before? Here are a few facts and figures for you to peruse over to help shed some light on why vans are more common now than ever before.

One contributor to the popularity of vans on our roads is the diversification in the types of vans now available. With models such as the Luton a common sight on our streets since the early 20th century, we now have access to many more models including a wide choice of car-derived vans along with specialist vehicles such as refrigerator vans and Cherry pickers. However, the Ford Transit remains the most common make and model of van on our roads, with over 960,000 licenced in Great Britain by the end of 2019. If you need to hire a van, we have a wide selection available for either long term and short time hires. Our vans include Ford Transit and Lutons as well as Dropside and Crew vans.

According to the provisional findings by the DfT, 41% of van users were carrying equipment, tools and materials. Overall, tradespeople make up 2,500 per million of the UK population – that is a lot of trade vans driving around the local area every day. Most people working in a trade rely on their van to be able to work. In the event of their vehicle being out of action, it's important to be able to hire a similar vehicle. So it is no wonder that vans account for approximately 5 million rentals within the vehicle hire industry each year, making up around 36% of the industry’s total fleet according to 2018 UK report. 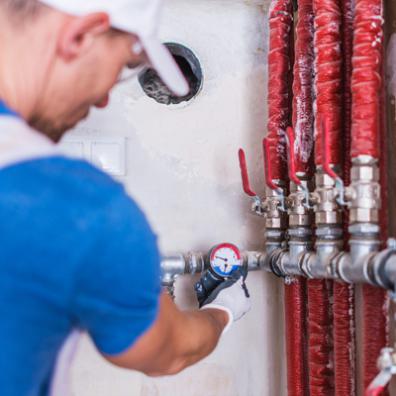 Overall, tradespeople make up 2,500 per million of the UK population – that is a lot of trade vans driving around the local area every day

The rise of online shopping 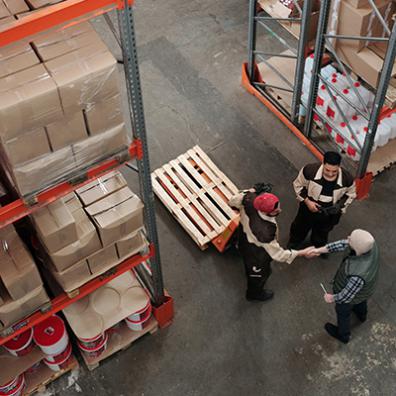 The increase in internet shopping is another reason vans are a more popular sight on our roads.

The increase in internet shopping is another reason vans are a more popular sight on our roads. In November 2020 online sales were at an all-time high, somewhat down to the Coronavirus pandemic but also due to the digital age we live in. With roughly 36% of retail purchases made online, the need for delivery drivers and mobile operations has increased and delivery and collection of goods now accounts for 16% of all the vans on the road. Transit vans are a popular choice for delivery drivers providing plenty of space for their cargo. Caddy vans are also a popular choice for smaller deliveries and give the size and manoeuvrability of a car with room to carry more.

Although the beloved VW camper has been around since the 1960s, the use of vans for pleasure is now more common than ever. Accounting for 9% of van usage, Recreation, Leisure and Holidays is now included as a new primary usage category in the DfT’s 2019/20 key findings. This could be down to the increase of staycations, the rise of the festival, the revival of the VW craze or just the general steer towards a more outdoor recreational lifestyle. Whatever the reason, campervan popularity has rocketed, and a survey carried out by Campervan magazine estimated as many as one-in-three new motorised leisure vehicles sold in 2018 were campervans. This means you will probably start to see more on the roads in the future. If you don’t own a van and do need one for a festival or trip, it is possible to hire a van. Here at Nationwide Hire, we allow hire for festivals and similar and there are no restrictions. Any damage or costs that might arise due to usage, however, must be paid directly. 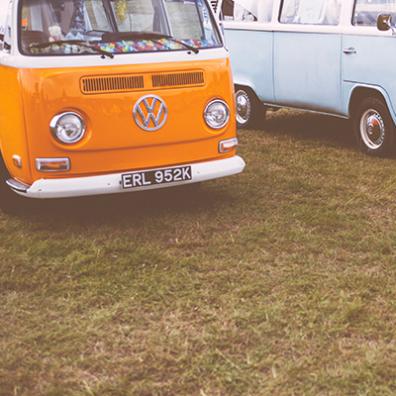 Although the beloved VW camper has been around since the 1960s, the use of vans for pleasure is now more common than ever.

With 41% of vans are carrying equipment and tools it is not surprising that a staggering 50% of van use in Great Britain, which is half the vans on the road, stay within 15 miles of their base on a typical day. Many tradespeople service their local area only and build up a customer base local to their business address. At Nationwide Hire, we understand the importance of locality. We have over 180 locations available if you need to hire a van near you for work or personal use, and we can even offer a FREE drop off and collection service.

What about the environment

A massive 96% of all vans are powered by diesel which is not the best news for the planet. Road transport in Great Britain is a large contributor to carbon dioxide and nitrogen oxide emissions, so Ultra Low Emission Vehicles (ULEVs) are now more crucial than ever. Although only 0.3% of vans on the road currently are ULEVs, it is clear the number is increasing year on year, with a large jump from 4,200 vehicles in 2008 to 10,400 by the end of 2019. Businesses, especially, are more likely to have ULEVs, probably due to running costs and the propensity to buy new vehicles and replace old vans more frequently. The Government proposal to ban the sale of petrol and diesel-fuelled models by 2035 will only drive the sale of ULEVs. And, with more cities following London and introducing low emission zones within their centres, it is clear that we will see fewer diesel vehicles being purchased and driven in the future.

Many of the statistics included in this article come from the DfT’s Provisional Van Statistics 2019-2020. It is the first research undertaken in this sector since 2008/9 and looks at all aspects of van ownership including mileage, journeys and usage. Provisional statistics were compiled using questionnaire responses from over 17,600 van drivers, both private and business. A final report is due to be produced later this year.