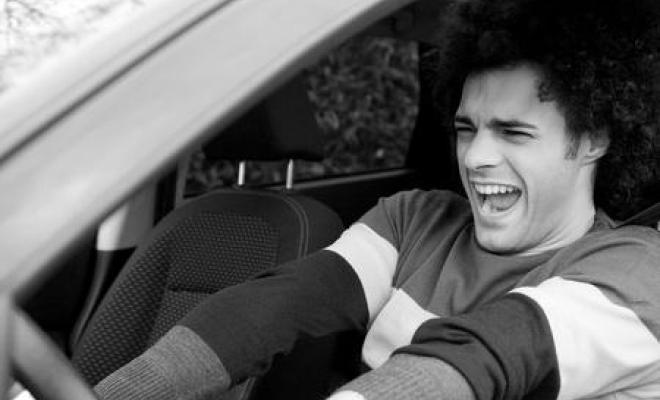 Not so much a driving fail as this doesn't involve the physical act of driving, however, a 30-year-old from East London has failed her driving theory test 113 times and has no plans at giving up yet. The unnamed woman has spent over £3500 at attempts to pass the theory test which has an average national pass rate of 51.6%. Even if she was to pass the test soon, she would still have to pass her physical test! we almost shudder at the thought!

We feel sorry for the driver of this car. All seems well when they are backing up in their Mercedes. Once parked, it was all downhill from there. Within seconds the car is rolling back down the hill, followed by the driver who opens the door and then runs into it, knocking them to the ground. Ouch!

Travelling down an icy highway this particular truck loses control smashing into a car and then into some lampposts and power lines a bit further down. All we can think is, thankfully we were not the person running across the road 15 seconds earlier - terrifying.

Just in case you have ever wondered how not to reverse, behold! 4 minutes of unadulterated instruction. This individual spends the entire time zipping back and forth, seemingly confused as to why their car is not doing as they wish. Watch to see how it is not done.

We all know what the green light at the traffic lights means. One motorcyclist makes sure that a driver knows this when they fail to move forward at the green light. However, when the motorcyclist goes to give them a friendly reminder, it becomes apparent why the driver was not responding. Remember, its important to pull over and nap if you're tired. Doing so in the middle of a busy road will only annoy other drivers. Watch and see for yourself.

We have all dreamt of taking our dream super car for a spin. For one driver this becomes a reality as they put their foot down and find themselves smashed into a wall. Just because cars can go fast, it doesn't mean that they should. We wonder how much the repairs cost him. There you have it, our best suggestions of how not to drive. We certainly wouldn't want any of these people hiring one of our vehicles. eek!